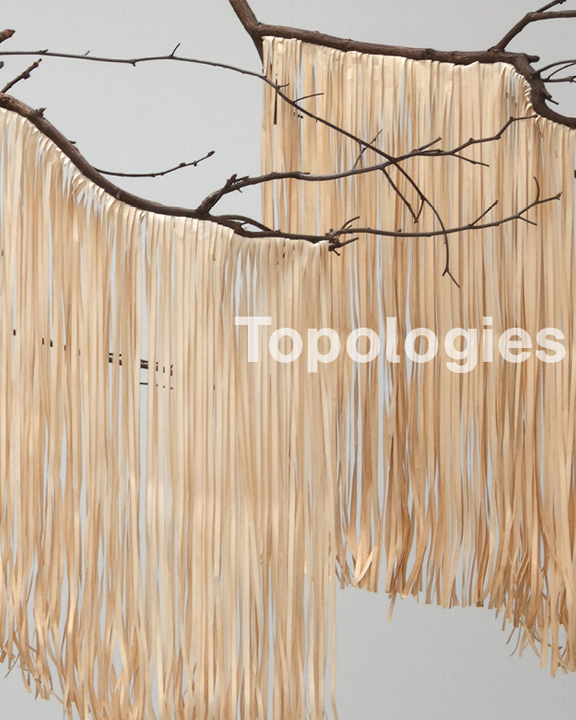 Topologies demonstrates how the notion of topology (“logic of place”) and its implications came into use by visual artists who were growing systems-based practices in a variety of media around the world. Exhibition curator, Mika Yoshitake’s essay expands on concepts including permutation and distortion in space, inversions and other shifts in the body’s phenomenological relationship to space, material transition based on gravity and entropy, the politics of displacement, and reconceiving abject encounters between the synthetic and organic. Seminal texts on the subject by Dan Graham, Yūsuke Nakahara, and Nobuo Sekine are included to establish the radical significance of the idea that form may remain continuous despite changes that occur over time.